Today is the first day of World Breastfeeding Week, celebrated annually around the world August 1-7 since 1990. (Communities can choose to celebrate WBW on other dates, as needed.) 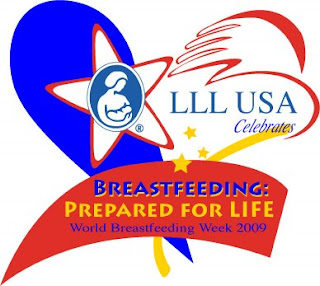 The theme of this year's celebration is Breastfeeding: Prepared for Life and focuses on the lifesaving nature of breastfeeding, in emergencies and in everyday life. Breastfeeding or not breastfeeding has lifelong implications for both mother and child.

More good information and ideas for acknowledging World Breastfeeding Week can be found at the following:

More information about the theme, from WABA: